Atlanta Hawks is an American basketball team from Georgia. They are actually amongst the oldest professional basketball teams in this country. As such, they compete in NBA and are frequently ranked high up with the top teams. Within the Southeast division, however, they are one of the underdogs.

Who owns Atlanta Hawks? Anthony Ressler is a primary owner. However, the team also has a long list of junior partners to whom they belong. 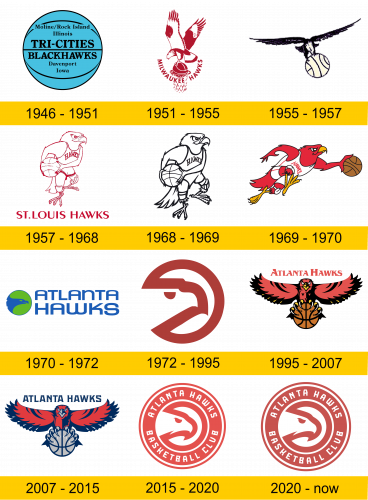 The team was established in 1946. Originally, they were known as ‘Buffalo Bisons’. A few names later, they settled on ‘Atlanta Hawks’ in 1968 following several moves to different cities. It seems that the name is inspired by one of the great Indian chiefs, the Black Hawk. However, they obviously keep it because hawks are considered strong birds. 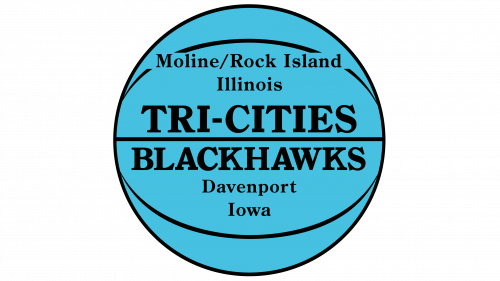 When the initial logo was introduced, they were already known as ‘Tri-Cities Blackhawks’. Reflecting that, the logo was a blue basketball with black lines and the new name written in the same color at the very center. Above and below, there were several inscriptions telling of the cities where the team is active. 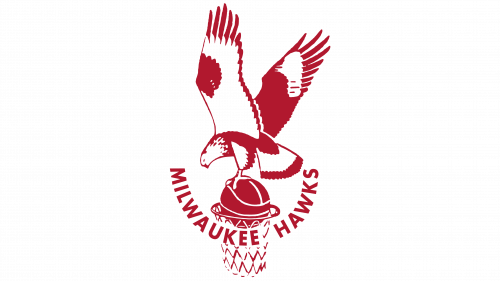 In 1951, the team moved to Milwaukee and started going by ‘Milwaukee Hawks’. The logo changed to a massive red & white hawk dropping a red basketball into the ring of the same color. Around the lower section of this logo, the designers put a heavily curved brand name, written in red capital letters. 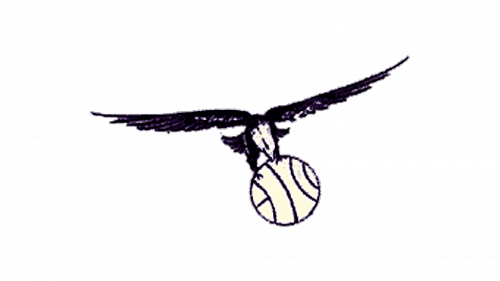 In 1955, they moved to St. Louis and produced a new logo. It was simply a drawing of a black-and-white hawk flying towards the onlooker with the wings stretched out and a basketball in its claws. 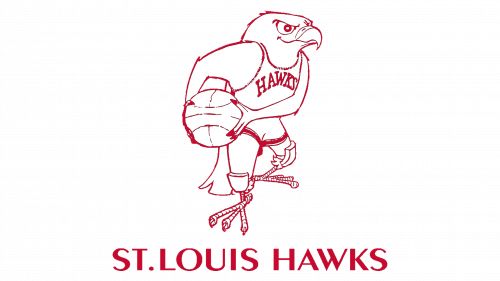 Two years later, there was a new logo. This time, it was a very human-like depiction of a hawk standing upright in the usual basketball uniform. The ball was this time under his right ‘arm’ and supported by the left. The main color was now red, which was used for most of the lines in the otherwise white drawing.
It was also utilized for the brand name below. 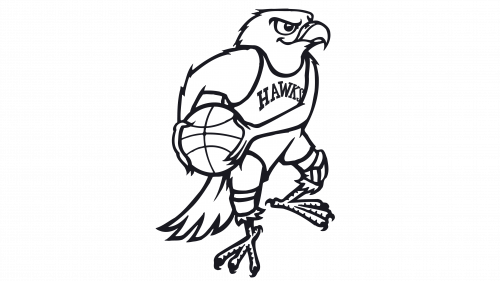 This was an interim logo used for a season when they moved to Atlanta but didn’t have a new logo yet. It was basically the same drawing as before, but black and without the team name. 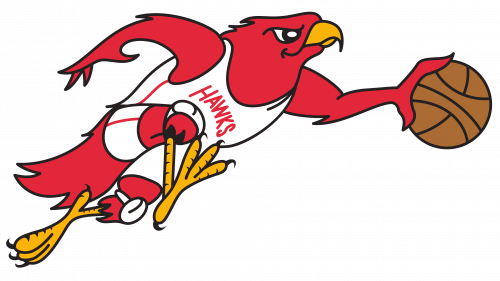 In 1969, they actually used the same hawk for a season, except they properly colored it into red, white, brown (for the ball) and yellow (for the claws). The bird was repositioned so that it now leaped forwards (to the right for the onlooker) with a ball held in its outstretched wing. 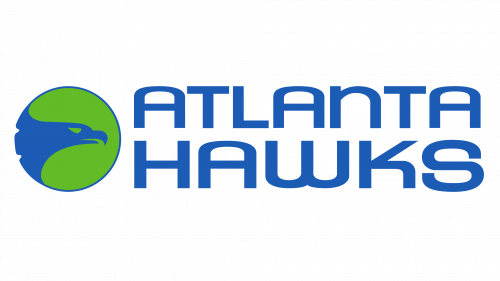 The 1970 logo instead used a green circle with the blue head of a hawk sticking into it from its left side. It was usually accompanied by the team name written in soft, round letters. They were all uppercase and blue. 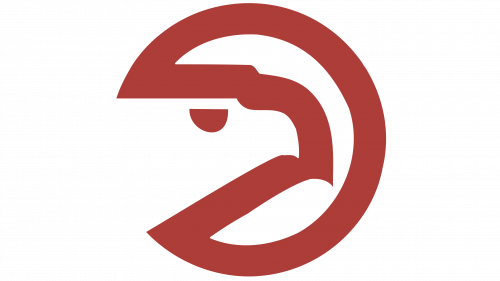 For two following decades, they used a logo similar to the previous attempt. This time, however, it was a homogenous red ring, the left side of which was morphed into the bird’s head. The space inside was usually white, if you’re wondering. 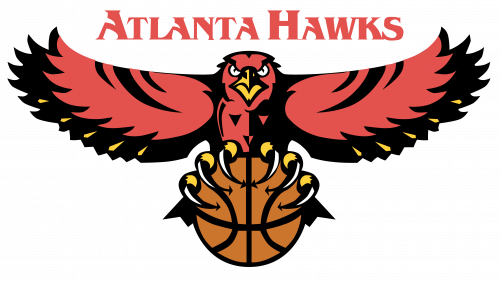 In 1995, they created an emblem where the eagle flew towards the onlooker with the ball in its claws again. This time, it was more symmetric and colorful: the eagle was mostly red with black shadows, and the ball obviously sported brown. Above it all, they wrote ‘Atlanta Hawks’ in red, sharp letters that were as if cut into their current shapes. 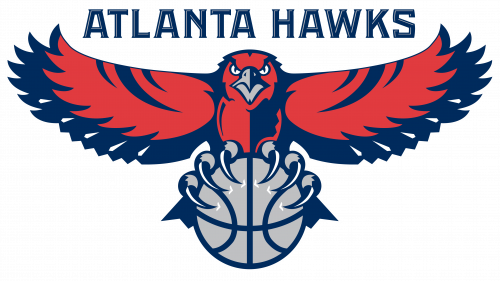 In 2007, they mostly just repainted some parts: in particular, by adding a lot of blue where most black parts were. The ball turned grey, the writing became blue and the color palette in general grew paler. Lastly, the very font of the team name changed: the letters are now bigger and more ordinary. 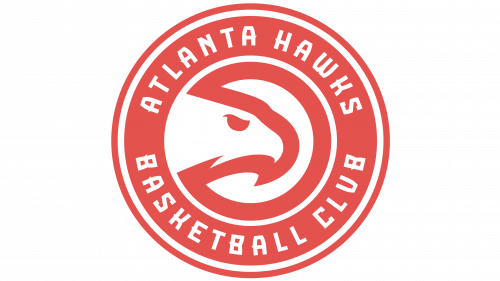 In 2015, they decided to reuse their old red logo from the 70s. This time, they somewhat altered the positioning of the head, while also adding a big red ring around the emblem proper. There, the designers accommodated the team name: ‘Atlanta Hawks’ along the top edge and ‘Basketball Team’ on the opposite end. 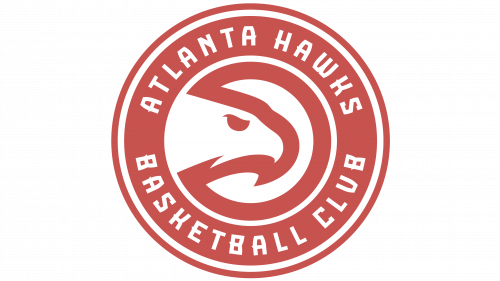 The 2020 logo is the same thing, except with a more saturated hue of red. 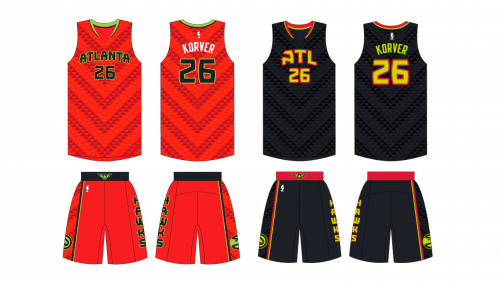 The home colors of Hawks have been mostly white since the beginning. They mostly added red for the letters, numbers and such. The away colors uniforms were more versatile: they were mostly the opposite for much of the history (red with some white), but sometimes switched to blue or black.