Boston Celtics are the professional basketball team from Boston, United States. They compete as the part of the Atlantic division of the American National Basketball Association. The Celtics are one of the most successful basketball clubs, having at least 17 official NBA championships’ awards.

Who owns Boston Celtics? It’s managed by the Boston Basketball Partners. In turn, this firm belongs to the Grousbeck family. 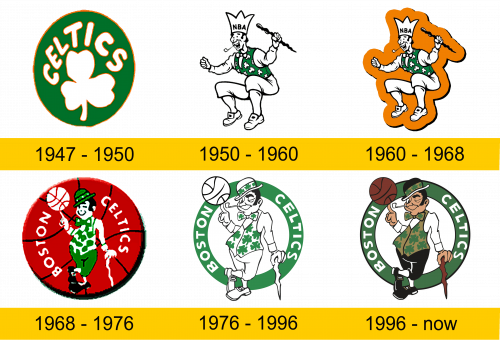 The franchise was born in the year 1946. The name, suggested to the founder, Walter Brown, referred to the basketball traditions from the old team known as the Original Celtics, from New York. It’s not clear how exactly did the fresh Celtics refer to the old ones, but this name was adopted by both the club and the public, so it stayed with the franchise. 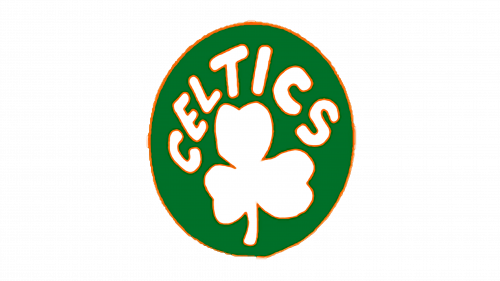 The initial team mark was the green contoured emblem with the white clover and the team name on it. The name was print in semicircle, and it gained the custom typeface, reminding the font used in the cartoons for children. 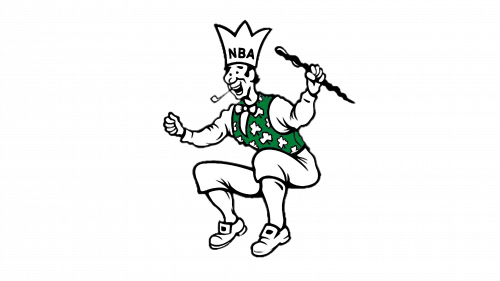 In the 50s, the team decided to introduce its mascot, Lucky the Leprechaun. The 1950 logo depicted him as the jumping character in the white-and-green wear, with an NBA crown on his head. Actually, both the Leprechaun and the name ‘Celtics’ was a nod of respect to the historical Irish population of Boston. 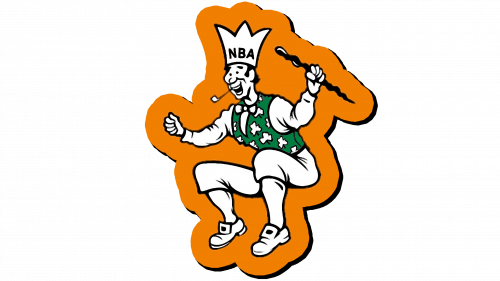 The 1960 brand insignia represented the same mascot, but that time he had the bold orange outline. 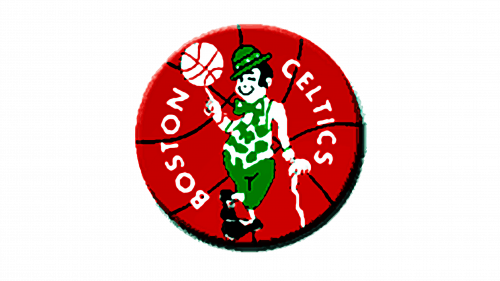 The following logotype featured the renovated Leprechaun, having the characteristic hat, walking stick and the iconic white-and-green costume with clovers on the shirt. He twisted the white basket-ball on his finger, and stood on the background of a bigger ball, with the team name on it. 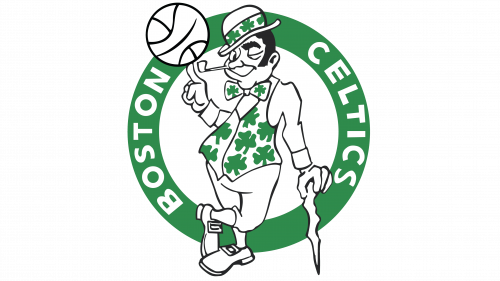 The 1976 team mark showed the Leprechaun in almost full-white outfit, with the clovers on the hat and the shirt. That time he stood on the background of the green-colored ring with the ‘Boston Celtics’ inscription written over it in the classic sans-serif typeface. 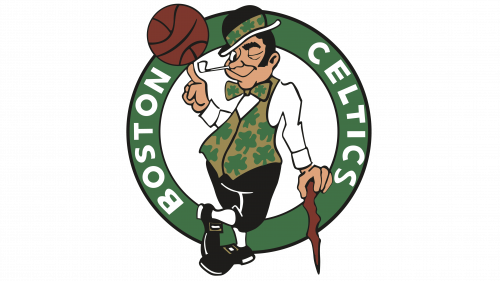 The 1996 brand mark has the iconic mascot wearing the black-white & golden-colored costume. The ball he is twisting is featured in the dark-red palette, classic for basket-balls. The background, where the Leprechaun stands, has the darker green color, the team name and the thin black contour. 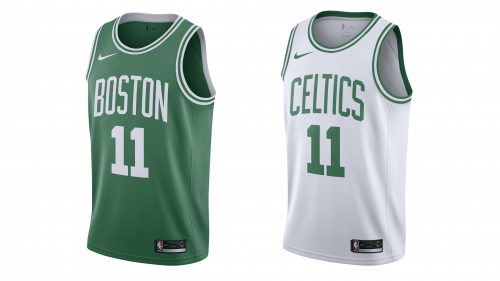 The team uniform appeared in 1947, and that time it was the classic sleeveless sports shirt, and the shorts. They were colored green, and the shirt featured the player number and inscription ‘Boston’ above it. As the time passed, the primal uniform gained the white palette, and the ‘Celtics’ word was now showing off instead of ‘Boston’.