Detroit Pistons is an American basketball team based in Michigan. They are one of the few surviving pre-NBA professional teams, meaning they were around before 1946. Despite this long history, they are currently regarded as one of the weaker teams inside the League.

Who owns Detroit Pistons? The club is owned by Tom Gores. He’s an entrepreneur whose net worth is estimated at $5 billion. 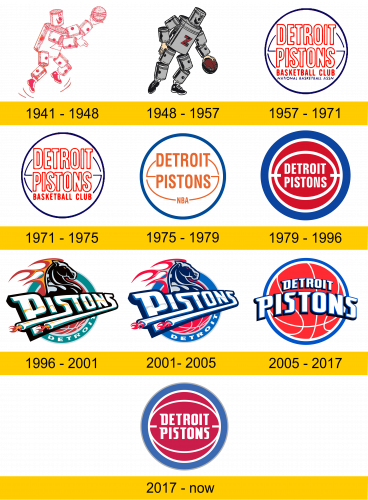 The club was formed in 1937 in Fort Wayne, a city in Indiana. It was first from the workers of the Zollner Pistons Company, which also sponsored the club. That’s why they were originally known as ‘Fort Wayne Zollner Pistons’. Later, the ‘Zollner’ part was removed, and the team eventually moved to Detroit in 1957. 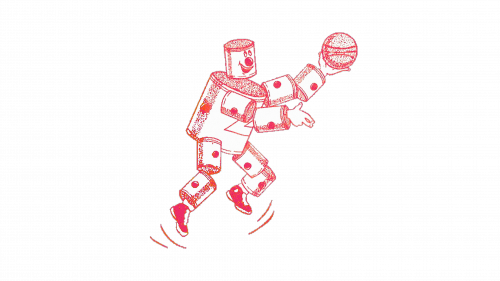 The initial logo was an illustration of a Tin Woodman sort of mascot made from car pistons. The figure was also wearing runners and clutching a brown basketball in one hand. A red ‘Z’ for ‘Zollner’ was emblazoned on his chest. 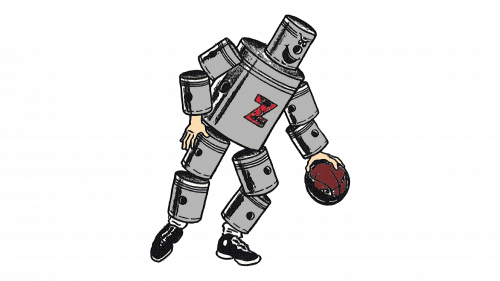 The next logo pictured the same mascot, except positioned mid-jump, with the ball leaving the man’s hands into the air. This time, they removed all the colors except white and red for outlining. 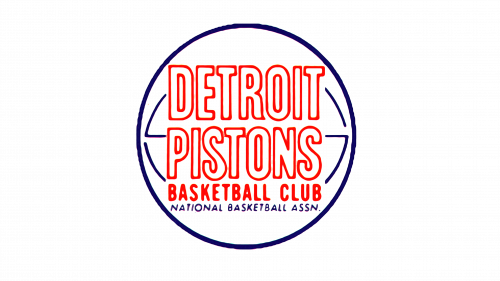 In 1957, they ditched the mascot and instead opted for the team name, as well as several other things.
The name itself – ‘Detroit Pistons’ at this point – was written in white capital letters and outlined in red. Below, in a similar style, but smaller and completely red, were the words ‘basketball team’, then a ‘National Baseball Assn (Association)’ in black. All of it was then placed inside a blue-framed circle stylized as a basketball. 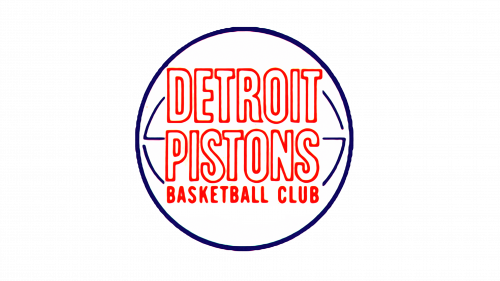 By 1971, they decided to remove that last part about the NBA. 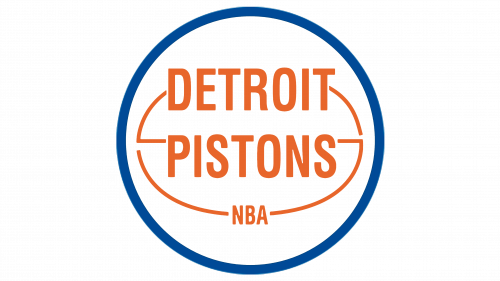 This time, they rearranged the letters into smaller, completely orange characters. The ‘basketball team’ part was removed, but they did add a small ‘NBA’ acronym in its place. The blue lines that were on the ball before now also turned orange. 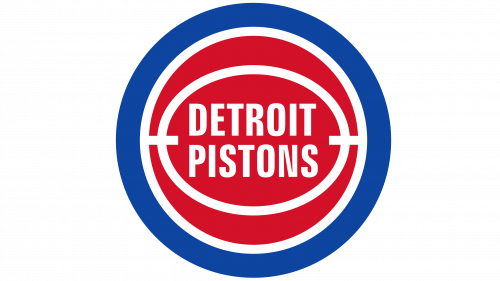 In 1979, they redesigned the circle into a blue figure with another red circle inside. This one was outlined in white and full of white lines, in addition to the ‘Detroit Pistons’ inscription in the very middle. Stylistically, the letters were the same as before, but smaller and closer clustered. 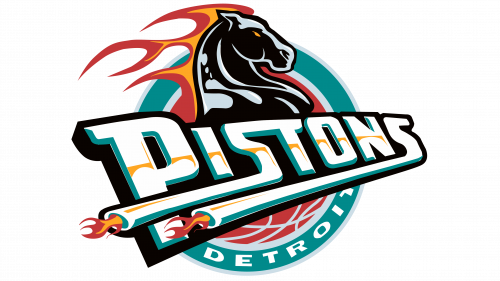 The 1996 logo was the first 3D emblem: a black horse covered in orange flame put behind a massive word ‘Pistons’. This one was styled as car parts, with several burning exhaust tubes coming out of it. Behind all of this mess, they also put a turquoise ring with the word ‘Detroit’ in white at the very bottom.
Curious-ish detail: the bottom of the flame (the part sticking out from underneath the name part) is actually a basketball. 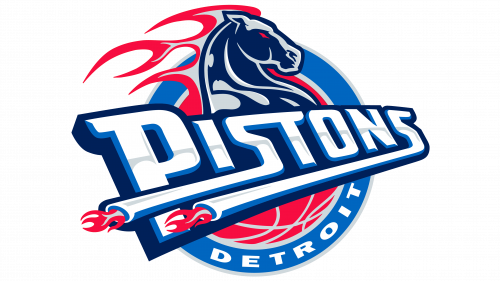 The design stayed largely the same, except most details became bright blue, apart from the flame (now red) and some white lines. 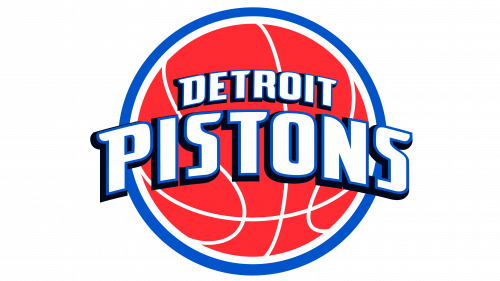 The 2005 was a simple red basketball outlined in white and then, thicker, in blue. In front of it, there was the club name. It actually resembles the post-1996 style, but without as much perspective, smaller and less wild. 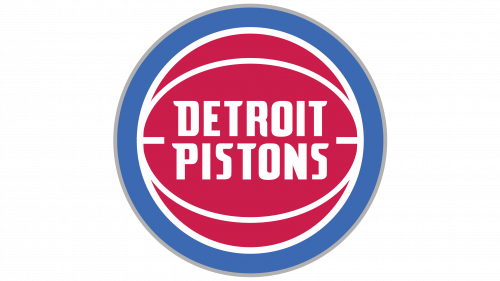 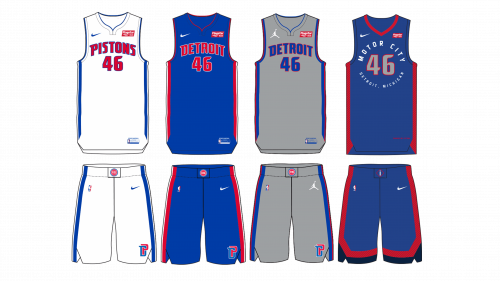 Pistons didn’t change their uniforms all that much or all that often: the home colors were always primarily white with a touch of red or blue. The away designs were reversed: mostly blue jerseys with red letters & numbers. There were also several red variations a while back, especially for the alternatives.