Miami Heat is an American basketball team playing for Miami, Florida. They are in the younger generation of teams: Heat only joined NBA in the late 80s. Since then, they’ve been steadily climbing their way up the ranking, and now they are regarded as one of the South’s stronger teams.

The team was introduced in 1988 after NBA picked Miami to have one of the few new franchises. They unsurprisingly picked something related to fire and warmth to be their name (Florida is known for being sizzling hot). Subsequently, much of their branding is also inspired by flames. 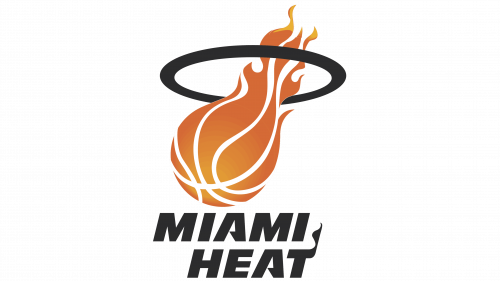 The initial logo pictured a stylized ball going through the black ring. However, they colored it bright orange and added the fiery tongues to the top of the ball, so that they go beyond the ring above. In the end, it looks like a flame with the white seams of a basketball below.
The team’s name was also added to beneath the logo, in two lines of a rather bold, sharp font. 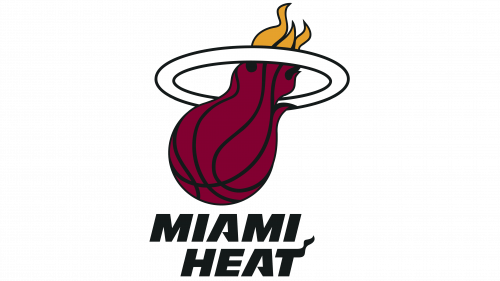 In 1999, they repainted the ring white with black rims. It separated the ‘ball’ into two parts: a red section with black seams below, and an old orange flame above. Besides that, the logo looks almost exactly like before. 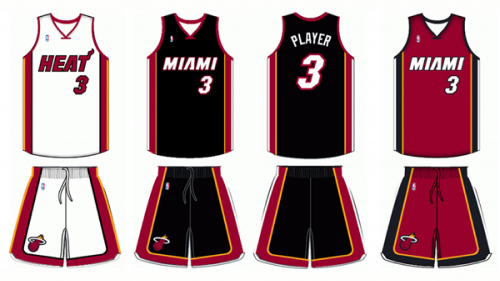 The team particularly likes the colors white, red and black. The home jerseys have usually been white with red lettering and some black lines. The away ones are instead black with white, red-outlined letters (reversed in the older versions). The alts are commonly red with various secondary colors.