Phoenix Suns is an American basketball team from Arizona. They were created in late 60s as many other iconic NBA clubs. Although not particularly celebrated, they are regarded as one of the better teams in the Western United States. Much of their aesthetic has something to do with fire.

Who owns Phoenix Suns? Robert Sarver is a long-time owner of the Suns. He’s known primarily as a founder of Southwest Value Partners. 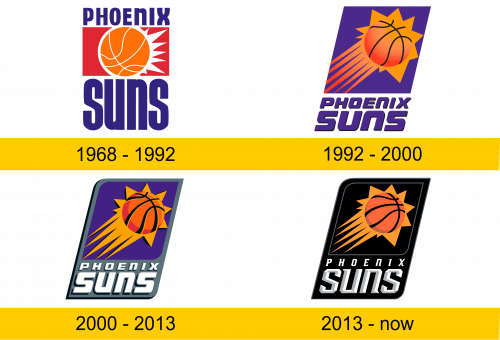 The team was established in 1968 in Phoenix, capital of Arizona. Because Arizona is a famously hot state and because phoenix is fire-themed bird, they rightly thought that ‘Suns’ was a very proper name choice. In addition, basketballs make for rather good sun imitations. 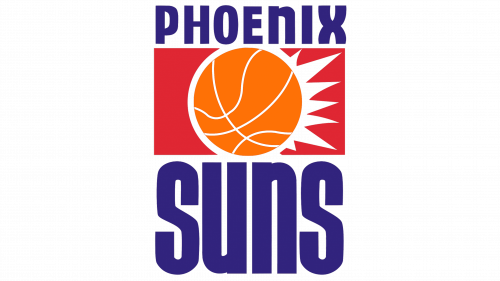 The initial logo consisted of two layers of violet and an orange-yellow amalgamation sandwiched between them. The violet stripes were two words from the club name, written in all capitals, although the lower one was also stretched vertically for a more imposing appearance.
The middle part consisted of an orange background and a yellow basketball. There were also white rays radiating from its right side, as if it is indeed a sun. The color choices refer to the flags of Phoenix (mostly violet) and Arizona (orange, yellow & blue). 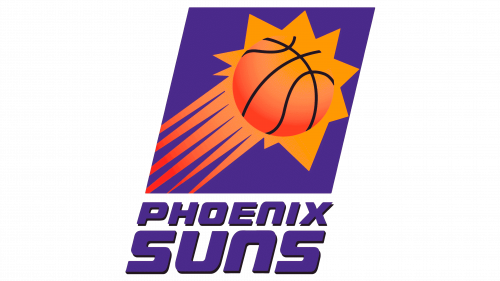 In 1992, they introduced three layers of purple: a tall rectangle above and two lines of writing beneath. Both were tilted to the right, and they also changed the letters style to a softer, more inflated look. There was also a basketball depicted flying in diagonal upwards. This time, it was different shades of orange: a mostly darker ball and paler rays radiating from it, in addition to the six trails following the image. 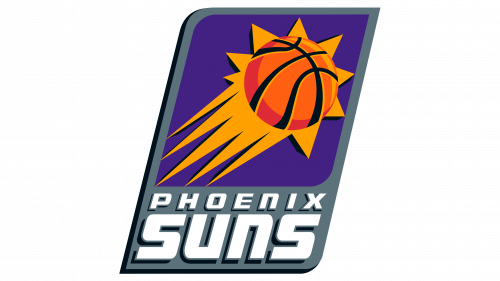 The logo mostly stayed the same, except they framed it in metal and added depth to everything. The colors barely changed, except the writing became white, and they generally toned down on gradients that were abundant before. The colors became more uniform, in short. 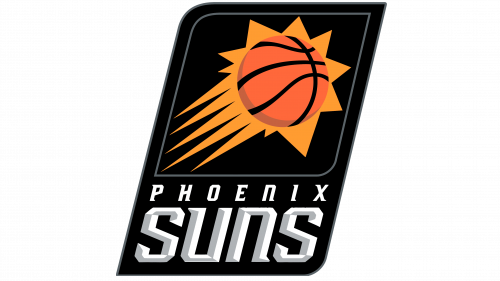 In 2013, they turned both the purple background and the frame black. Meanwhile the letters beneath became a more metal appearance, and the colors on the ball were slightly bleached. The home uniforms for Sun were primarily white through the years, with orange and/or purple lettering, stripes and numbers. The away colors were reversed: purple garb with white or orange minor details. The alt colors were by far the catchiest – they were initially full black, and then turned to orange.