Toronto Raptors is a Canadian basketball team that competes in the NBA. It’s one of the minor teams, and they’ve only been around since the mid-90s. Since 2014, however, they’ve been steadily climbing and are now considered one of the more promising teams in the League.

Who owns Toronto Raptors? The company is ruled by Maple Leaf Sports & Entertainment. LeBron James actually has a sizeable share of this business. 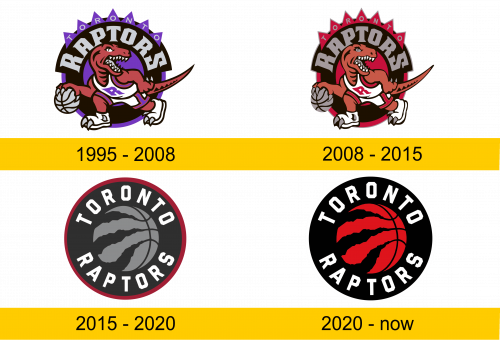 The team was established in 1995 in the city of Toronto, Canada. The name ‘Raptors’ was chosen simply because the branding managers though dinosaurs are amazing, there are no deeper connotations. Their major colors were red and black since 2008, which could be inspired by ‘Jurassic Park’. 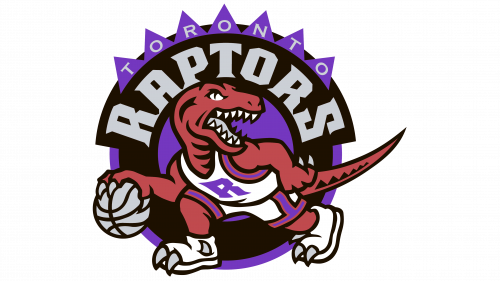 The 1995 logo depicted a red raptor clad in a white uniform with the purple ‘R’ displayed on the jersey. In his right ‘hand’, he holds a basketball. All of it is set in the foreground of a big purple figure with a black ring inside. The top of the ring is decorated with the grey letters that make up the team’s name – ‘Raptors’.
Notably, they also placed seven purple triangles right above this element so that they look like claws. Each holds a letter from the word ‘Toronto’. 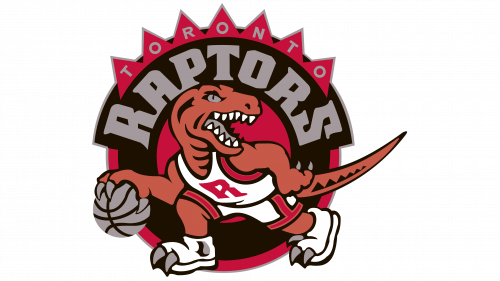 In 2008, they primarily switched all the purple parts to red (except for the ‘R’ on the raptor’s uniform – which turned black). 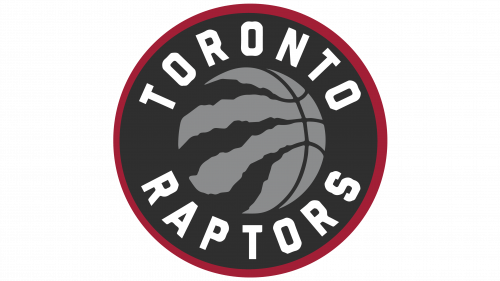 In 2015, they redesigned the logo. It was now a black circle, outlined in red. Right in its middle, they depicted a grey basketball, whose side seams gradually turned into black claw marks on this design. Around the ball image and along the length of the black ring, they wrote the club’s name in white capital letters – above and below apiece. 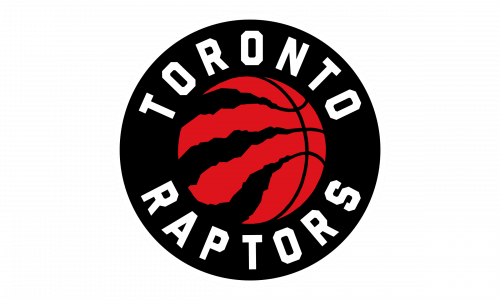 In 2020, they removed the red outline and instead painted the ball red. Moreover, the black parts became visibly more saturated. Previously, they were more like dark grey – but this one is pure black. 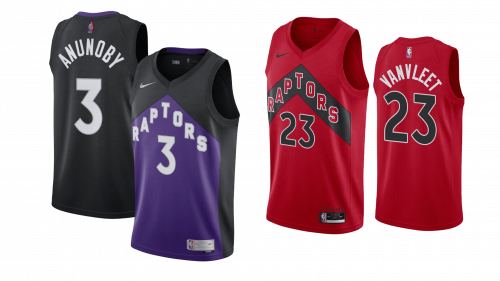 The team usually colors their uniforms white or red, with the other color utilized for letters and numbers. In the earlier stages, however, purple was used instead of the red, in both cases. But obviously, they also used red in small quantities, because they really wanted to be in line with their own logo (which used all three initially).