Who owns West Ham United? David Sulliman owns just over 50% of the team’s stock. The other major owner is David Gold.

The franchise is one of the oldest and influential in the British football history. The team was established in the year 1895 as Thames Ironworks. Five years later, it was renamed to West Ham United, after the district of London, where it moved and settled on for over a century. 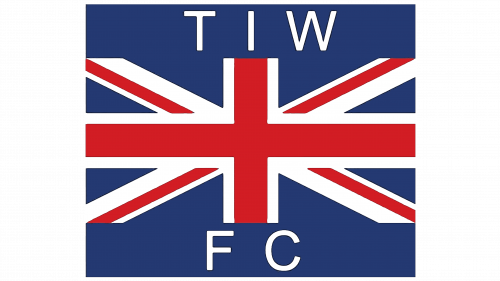 The original logotype depicted the British flag and the on the blue background and the white inscriptions ‘T I W’ and ‘F C’. Obviously, it decoded as ‘Thames Iron Works Football Club’. 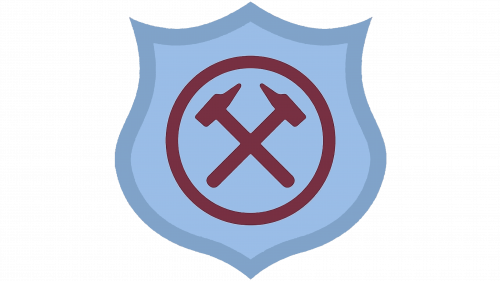 After the changing of the name, the logo disappeared for some reason. When the team brand identity designers introduced the new logo, it featured the double-toned blue shield with the wide form. Over it, there was the bold red circle with the hammers inside it. 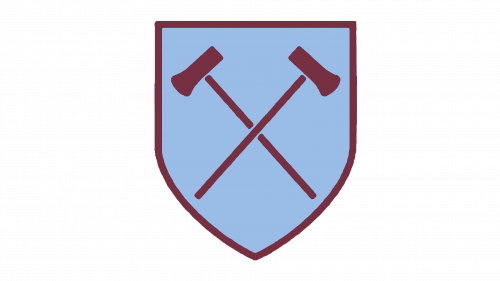 The 1952 team logo represented the shield with the simple shape with no edges, rounded forms etc. It had the dark red contour and the familiar hammers inside, also of the red color.

Another team insignia showed one more style of the shield with wide form and three edges on the top. Inside it, there was the red line, visually similar to the shape of the shield. The hammers were still in the center part. 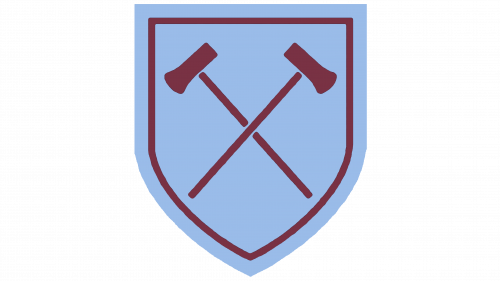 Another shield of the team was similar to 1950 version, but the blue zone was out of the red contour. 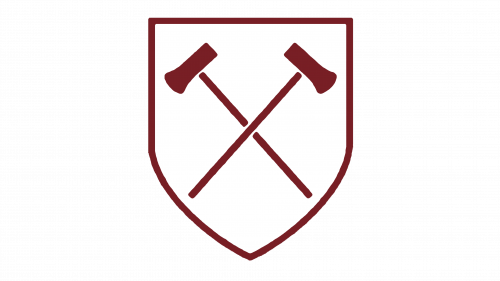 The following logotype of the West Ham United franchise depicted the white-and-red shield, with no blue color. 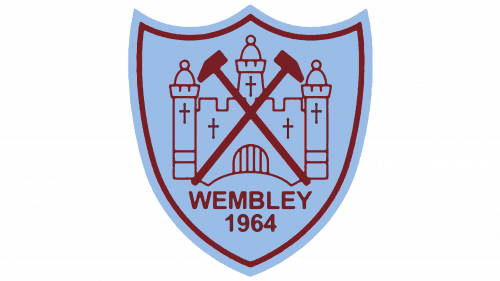 There was also another franchise symbol, used for the Wembley Stadium in 1964 season. It featured, surprisingly, a new shield with a new shape. On its dark blue background there was the castle with crossed hammers over it. Below, the inscription ‘Wembley 1964’ shown off. The red line stayed: it was separating two tones of the blue. 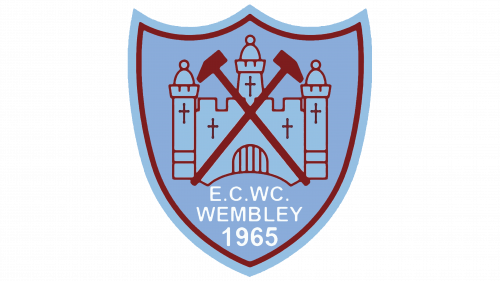 In the next year season, they brightened the logo and changed the inscription to the white ‘E.C. W.C. Wembley 1965′ (European Cup Winners’ Cup). 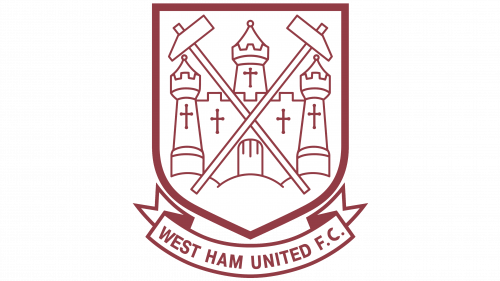 The concept of a castle with the crossing hammers was adopted by the team, so it was used in the following logotypes. The 1968 logo depicted the red shield, white castle and the hammers, all drawn in the contours. Below the whole image, we can see the inscription ‘West Ham United F. C.’ on the white paper with red contour as well. 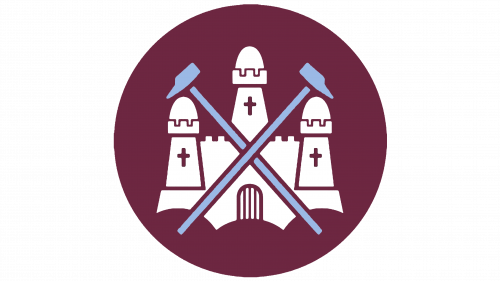 The next logo did not have any hint about the shield. Surprisingly, it featured the brown circle and the white castle with the crossing blue hammers over it. The style of the castle was minimized and gained less special details than the previous logotypes had. 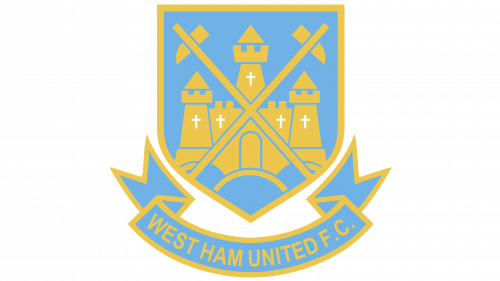 The following team insignia represented the golden castle and the hammers over it, featured on another shield. Its style was similar to the 1950 and 1963 versions, but that time it was wider and had the bright blue color and the golden contour. Below the whole picture, we can see the team name on the paper line of the same color as the entire logo. 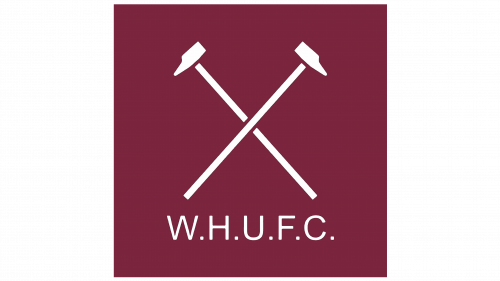 For the 1983 – 1985 seasons, they prepared a new logo. It featured the white hammers and the team’s name initials on the dark brown square background. 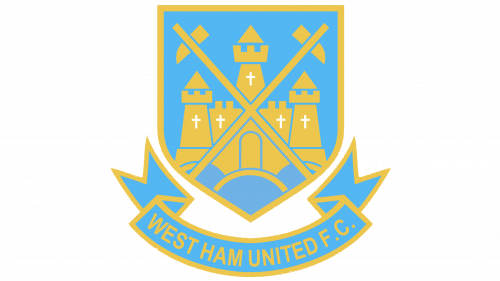 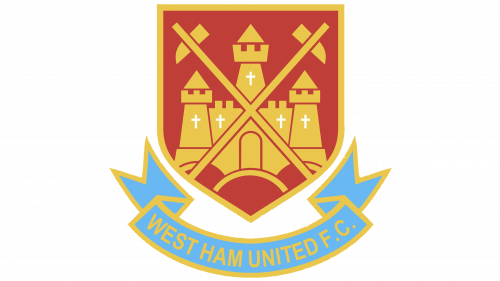 The next brand mark of the franchise represented generally the same image as the 1985 version did, but that time the inner part of the shield was colored royal red. 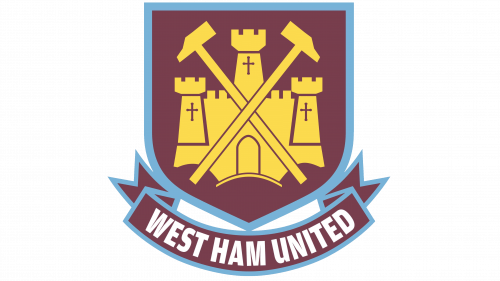 The 1999 team insignia had the brown color with the blue outline. The castle gained a few changes too: it lost the roofs upon the towers, and the crosses’ number was reduced from 5 to 3. 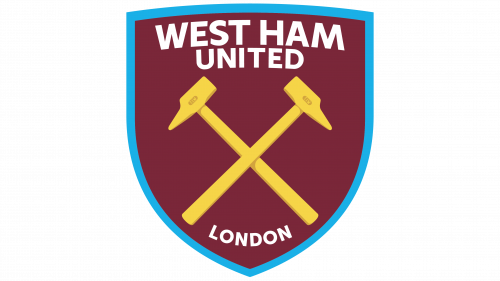 The 2016 logotype represents the familiar brown shield with the blue outline, but the castle was removed and only hammers stayed. The inscription was also changed to ‘West Ham’. 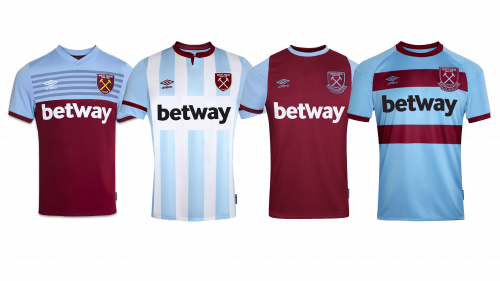 The very first uniforms had the full blue style for the pants and shirt. With the name changing, the team started to use the dress-code consisting of the red shirt with the blue sleeves as well the white pants and socks. Sometimes, they added the strips and some other details on the uniform, but they didn’t stay long. This trend continues for over a century.

West Ham United is one of English football teams, based in London. They compete in the Premier League

Philadelphia Eagles is an American football team from Pennsylvania. Eagles are amongst the older NFL

Tampa Bay Buccaneers is a Floridian American football team. They were established in one of the later