Lakers is one of the most popular and successful basketball teams in America. They are simultaneously one of the few teams known outside of this country, due to its profound effect on basketball worldwide. Michael Jordan, Shaquille O’Neal, Kobe Bryant and many more iconic basketball players played for Lakers. 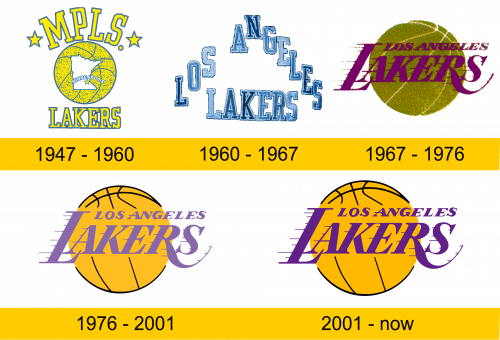 The team was created in 1947 in Minneapolis, Minnesota. Hence, they were originally called ‘Minneapolis Lakers’ until moving to California in 1960. The ‘Lakers’ part actually has a lot to do with their primary homeland, because Minnesota is known as one of the Lake States – states adjacent to the Great Lakes. 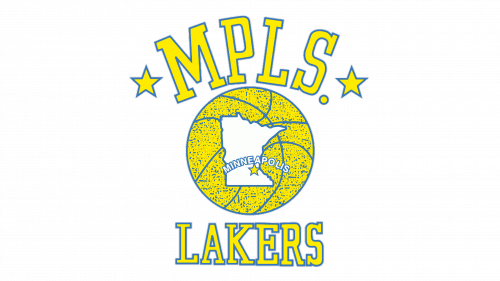 When the team was still Minneapolis Lakers, their logo featured a yellow ball with the white map of the state in its middle. Moreover, the city itself was market with a star and highlighted with a curved, blue inscription. Other elements included the letters ‘MPLS’ curved along the top edge of the ball, and the word ‘Lakers’ flat beneath (both yellow). 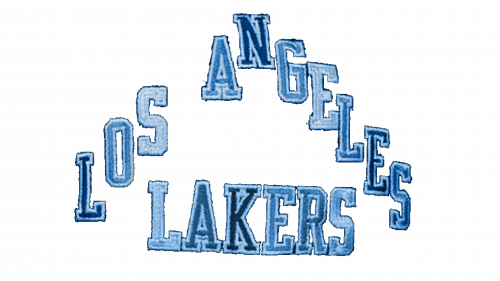 Upon their move to Los Angeles, the logo changed to a triangular arrangement of letters. They were still a sort of ‘athletic serif’ teams used all the time back then, but these ones were blue. The letters spelt the team name in full: ‘Los’ on the left, ‘Angeles’ above and on the right’, and ‘Lakers’ in the bottom. 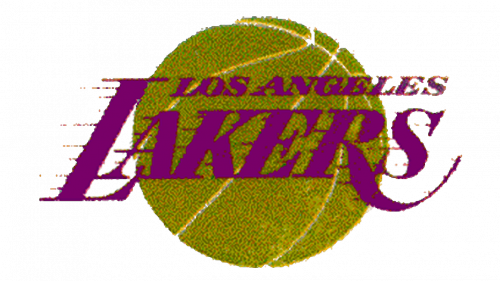 By 1967, they adopted the iconic logo they used even into the 21st century. It’s a basketball colored in a mix of green & yellow with the name inscription right in front of it. The inscription, for its part, is dark purple, and the font is a sort of uneven serif with lots of appendages, expansion and disproportioned parts. 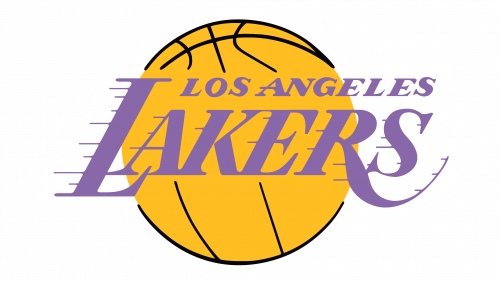 In 1976, they repainted the ball into a more normal pale orange color, with black outlines. The inscription wasn’t changed much, except the color became a much paler purple, almost pink. 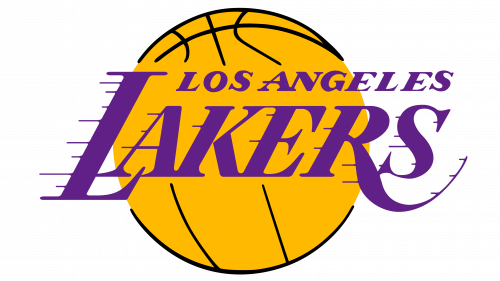 The only major change that happened in 2001 was the color change, once more. The pale purple in the name shifted to a more saturated, darker (although not as dark as before) variation. 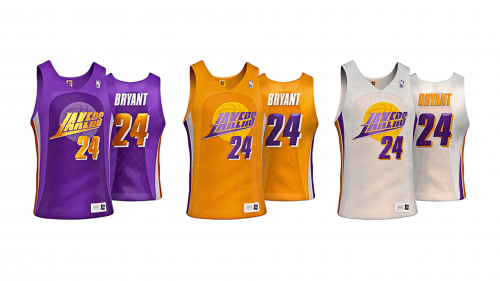 The older uniforms of Lakers actually represented their origins as a team from the Lakes. The home shirts were white with blue numbers and rims, while the away mostly blue. Later, the home uniforms evolved into yellow gear with purple elements, and the away ones were reversed – purple with yellow.
The yellow was actually inspired by the older Minnesota garb – yellow with blue. It was used for occasions as an alternative uniform. Later, the main colors were largely taken from this one. The recent alternative uniforms, for their part, are mostly white with purple elements.