Memphis Grizzlies is a basketball team from America, based in Memphis, the capital of Tennessee. They are amongst the youngest teams to join NBA, as well as one of the few that originally came from another country – Grizzlies were known for the first few years as Vancouver Grizzlies.

Who owns Memphis Grizzlies? Robert Pera is one of the chief owners. Interestingly, Justin Timberlake also holds a small share of the club. 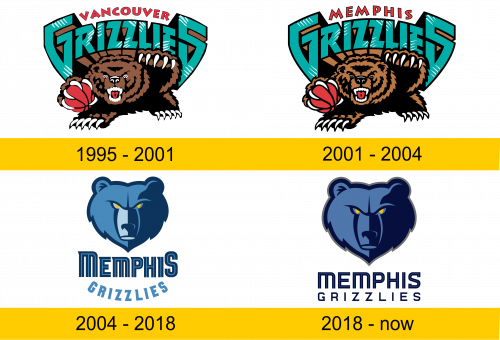 The team was originally established in Vancouver, Canada in 1995. As such, they participated in the American NBA as a Canadian team until their move to Tennessee in 2001. From that point on, they were part of the lower echelons of the National Basketball Association. 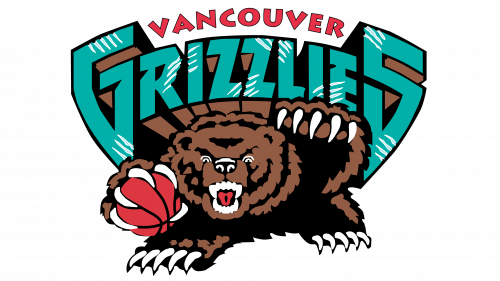 The original Vancouver Grizzlies logo featured an illustrated grizzly bear charging into forwards with the claws out. In his right paw, the bear holds a red basketball, and with his right he supports the club name above.
Directly above him, the designers placed a big deep word ‘Grizzlies’ written in turquoise with white scratch markings and a brown underside. They made it look 3D so that it would seem that the bear carries the heavy word on its back. In the crevice right over that word, they also wrote ‘Vancouver’ in a usual red script. In 2001, they moved to Memphis and subsequently changed the ‘Vancouver’ part on the logo into ‘Memphis’, with the same style and script. The only other change is the color of bear’s eyes – they changed from white to black. 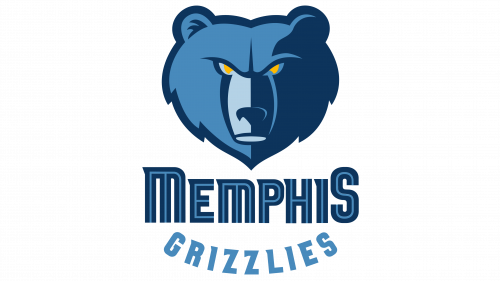 In 2004, they introduced a new design: a blue bear’s head with yellow eyes and a shade on its right side. This head was rather more realistic in terms of feature depiction, but also still illustrative. Below, they’ve written ‘Memphis’ in a blue sharp style, followed by a curved ‘Grizzlies’ written in a paler, but more athletic font. 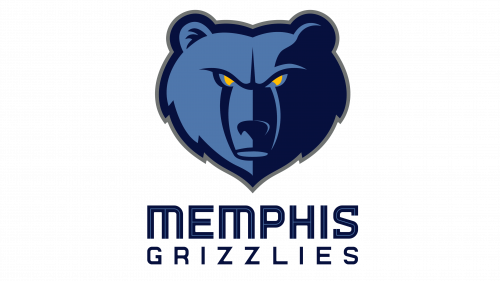 In 2018, they used the same design, but made the palette darker. Moreover, the written parts were completely straightened out, and the ‘Memphis’ part now consisted of just capital letters. The team’s home colors have always been white with just a tint of blue or brown. The away colors are way more interesting – they went from a violent turquoise to black with turquoise rims and then darker and darker shades of blue. As for their alts, it’s always been a mix between the white and blue – usually just variations of pale blue.